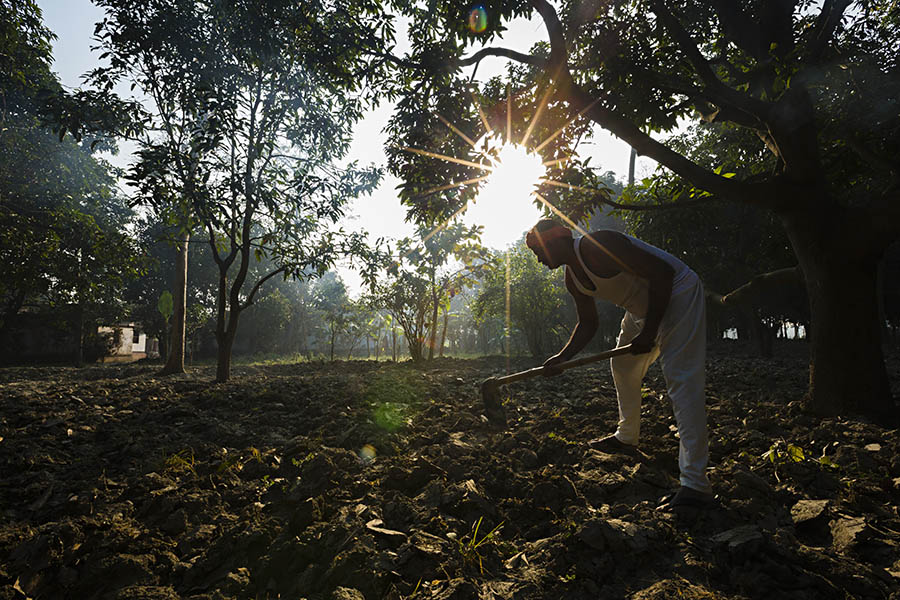 The objective of this article is not only to provide information on the ongoing Kharif season but also to comprehend the relation between the current crop sowing status in relation to its production, prices owning to climatic, socio-economic, and political conditions.

The COVID-19 pandemic has brought significant disruptions in the agriculture sector affecting both demand and supply and has put pressure on the livelihoods of millions of farmers and agribusinesses around the world. However, the Indian agriculture sector has shown resilience and performed exceptionally well during the pandemic, which is evident from the significantly higher growth rate than other sectors of the economy. Indian economy contracted by 7.3% in FY21, but the agriculture and allied sector outshined other sectors with 3.6% growth in gross value added (GVA) in real terms even on a relatively unfavorable base (the farm sector GVA grew as much as 4.3% in FY20).
The monsoon sowing of Kharif crops has begun across the country despite the pandemic of Covid-19 and the nationwide lockdown, as the Kharif season in India starts from June and ends in September during the southwest monsoon. Kharif sowing is essential for India as a significant portion of the country is rain-fed and dependent upon monsoon rains. Market sentiments keep on changing with the change in the monsoon progress and change in the sown area figures.

Most of the key growing states in India where the above-mentioned crops are grown, are Karnataka, Uttar Pradesh, Tamil Nadu, Andhra Pradesh, Kerala, Madhya Pradesh, Maharashtra, Rajasthan, Telangana, and Gujarat.

India Meteorological Department (IMD) forecast of monsoon for July 2021 rainfall over the country as a whole is most likely to be normal, that is 94 – 106% of Long Period Average LPA. July and August are the rainiest monsoon months, contributing over two-thirds of the rainfall and, therefore, important to Kharif crop sowing in most parts of the country.

Note: All figures mentioned are in lakh metric tonnes (LMT) except for Cotton the figures are in lakh bales

Production of commodities like paddy and sugar has been surplus over the domestic demand, whereas commodities like pulses, edible oils, etc. have been in deficit. Further, existing cropping patterns in many regions are not compatible with the resources endowments, e.g. sugarcane in Maharashtra and paddy in Punjab, Haryana, and western Uttar Pradesh. Therefore, it is necessary to recognize an optimum crop plan at the regional level, which is well-matched with available natural resources and demand conditions. In this context, a commodity market outlook can be prepared in advance to provide necessary information for developing efficient regional optimum crop plans.

To ensure remunerative prices to farmers, the government on July 9, 2021 had increased the minimum support price (MSP) for all mandated Kharif crops for marketing season 2021-22.

Among all the crops, Sesamum MSP had been raised by 6.59% which was the highest among all crops, whereas the lowest increase in MSP was in the case of maize by 1.08%.

Over the past few years, the Government has taken several initiatives for modernizing agriculture and improving farmers’ income. In 2020, the Central Government introduced historic reforms in the agricultural marketing system, which would help in attracting private investment in creating post-harvest infrastructure, efficient value chains, and agro-processing.

A good monsoon creates a positive perception about the economy among investors, including foreign institutional investors, as a large part of India depends upon agriculture for sustenance. Agriculture has strong links with industrial and services sectors, plus a direct bearing on rural economy and consumption. Not only does a good monsoon increase farm production, giving more money to farmers, it also keeps inflation in check by increasing the supply of food articles.

As we entered the 5th year of our existence in the agritech sector, we at Agribazaar wanted to provide our …