Mustard seed up 26% in four months on short supply, spike in oil demand 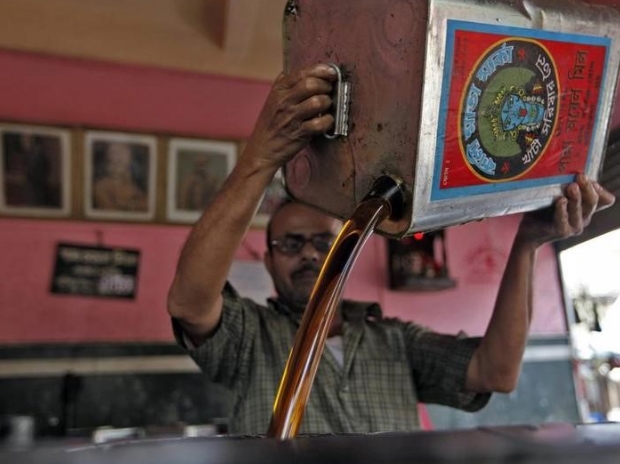 Mustard seed prices have jumped a staggering 26 per cent the past four months due to short supply and rising household demand for mustard oil as an immunity booster believed to help individuals fight coronavirus (Covid-19).

While the sudden increase has brought much cheer to farmers and stockists, consumers are having to pay much more. Moreover, edible oil producers are blending cheap palm oil with costly mustard oil to make a quick buck through unethical means. Many are also known to mix chemicals in bulk containers to create a fragrance like the original. All this means that consumption of mustard oil stands disproportionate to mustard seed production in India.

“Rape/mustard seed prices have jumped by over 25 per cent the past four months due to short supply. India’s mustard seed output was lower this year but demand for mustard oil shot up due to sudden increase in household consumption. While rape/mustard oil is found to be very useful in supporting the immune system, its consumption has multiplied since the outbreak of Covid-19 in India. With no stock left with farmers and new season crop arrivals 6-8 months away, mustard prices are likely to remain firm throughout this year,” said Vijay Data, Managing Director, Vijay Solvex.

While the industry sees India’s total rape/mustard seed output at 7.6 million tonnes this year, nearly 25 per cent lower than last year, the Ministry of Agriculture in its third advanced estimated projected total output at 8.7 million tonnes for the recently ended rabi harvesting season, from 9.2 million tonnes in the same season previous year.

“Oilseed farmers have not been supported for the past 20-25 years. All government policies favoured only consumers. Now, the time has come to support farmers and this would be possible only after increasing import duty on all edible oils including crude palm oil (CPO). The increase in the minimum support price (MSP) of oilseeds should run parallel to the import duty hike to prevent India to become a dumping ground,” said Atul Chaturvedi, President, Solvent Extractors’ Association of India in a webinar organised by Agribazaar, the online agri commodities selling platform.

“India’s mustard seed output has been stagnant over the past 15 years. Now, the government has invited farmers in the north eastern states to cultivate oilseeds which will certainly help India improve edible oil production and reduce dependence on imports,” said the Additional Managing Director of Nafed.

India currently imports around 15 million tonnes of overall edible oil including CPO, RBD (refined, bleached and deodorized) palmolein, sunflower oil and soybean oil from various countries like Malaysia, Indonesia, Argentina among others to meet its annual demand of 25 million tonnes.

B V Mehta, Executive Director, SEA, urged government to incentivise farmers in Punjab and Haryana to divert a part of their farm holding to cultivate oilseeds.

“This will create ecological balance and control water table from depleting in Punjab and Haryana due to sustained planting of water guzzling crops like wheat and paddy,” said Mehta.

The price increase has proved a blessing for oilseeds farmers. The acreage under kharif oilseeds jumped by 24 per cent to 16.6 million ha for the season until July 24 as against to 13.36 million ha by the same time last year.